Why AI could be Silicon Valley’s latest ‘micro bubble’ 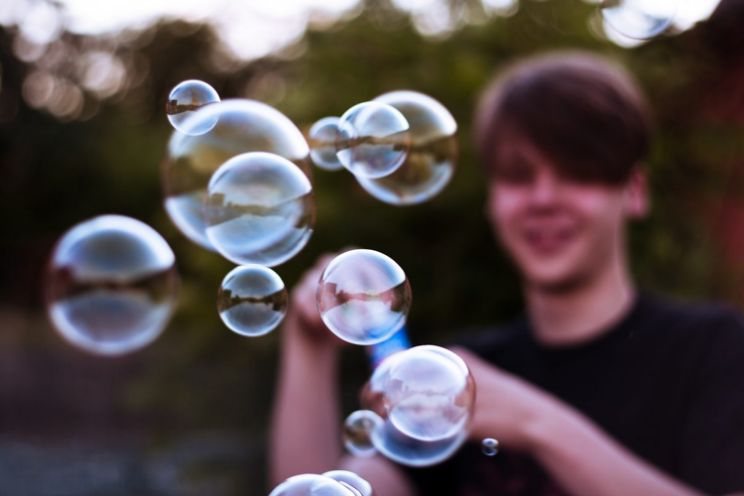 Maybe there isn’t one big bubble, but rather a series of smaller “bubbles” within tech that balloon and swell until they inevitably burst. Source: p.v/Flickr

2016 was supposed to be the year the tech bubble finally burst.

Much like the dot-com bubble of the early 2000s — an industry implosion marked by high-profile flops such as online grocery delivery startup Webvan and pet supplies retailer Pets.com — skeptics pointed to less VC funding in 2016, stratospheric valuations including Uber’s $69 billion, the sales of once-pricey companies such as One King’s Lane, and sky-high rental and real estate prices.

And contrary to tech insiders who largely remain bullish on the industry, some even saw smaller signs of a bubble in the hours-long bumper-to-bumper traffic on the US-101, a highway that meanders its way down the peninsula to tech-laden cities such as Menlo Park, San Jose and Mountain View.

But after more than six years in Silicon Valley collectively, I’m convinced there isn’t one big bubble these days, but rather a series of smaller “bubbles” within tech that balloon and swell until they burst, taking with them the droves of copycat derivatives and poorly managed companies all trying to capitalize on the latest, frothiest trend.

Ask just about any venture capitalist at this moment, and they’ll tell you they’re seeing a glut of artificial intelligence and machine learning startups flow their way angling for cash, employing increasingly complex algorithms across a wide range of industries.

While some of these new companies may fulfill actual needs, there may simply be more AI startups than the world needs.